This post has been adapted from an earlier post: Verse of the Month: Proverbs 6:6 “Go to the ant…”

A trail of ants along the kitchen floor; a ragged column climbing the legs of the garden chair; picnics spoilt by the steady and unrelenting invasion of this tiny army. Who can forget that itchy feeling on those muggy evenings of flying ants? Unfortunately we usually encounter ants as an often unwelcome irritation to our lives. This is a pity as it means that we can easily overlook their breathtakingly complex and remarkable lives which still keeps modern scientists intrigued.

Go to the ant, you lazybones;
consider its ways, and be wise.

This proverb not only suggests that the ant can be a guide for living, it can also help us uncover the intriguing world of biblical wisdom literature by giving us an insight into how these types of text were composed, developed and circulated.

END_OF_DOCUMENT_TOKEN_TO_BE_REPLACED

‘The hired hand, who is not the shepherd and does not own the sheep, sees the wolf coming and leaves the sheep and runs away—and the wolf snatches them and scatters them.’

John 10: 1-18 contains two of the seven so-called ‘I am’ (εγω ειμι) statements that characterise the teaching of Jesus in John’s Gospel; the gate (v.9) and the shepherd (v.11).* However, unlike the other εγω ειμι statements, this metaphor is developed in a much richer way. For the image to work, it is contrasted with two negative and opposing images – ‘the thief’ (vv. 1 & 8-10) and ‘the hired hand’ (vv. 11-13). Unsurprisingly, attention is generally placed upon the image of the Good Shepherd, the focus of this teaching (παροιμια – proverb/parable), and most commentaries tend to dismiss these figures as little more than a rhetorical device (for example, Carson, 1991).

Nevertheless, the choice of these opposing images, particularly the figure of ‘the hired hand’ (μισθωτος), can tell us about, not only the historical context of this story, but also hint at possible developments of the Jesus tradition within sections of the early church. END_OF_DOCUMENT_TOKEN_TO_BE_REPLACED

For the LORD God is a sun and shield;

he bestows favour and honour.

When I was an undergraduate, in order to get us all to think about the power of language, my philosophy lecturer (always one to deliver as much bang for your buck as possible) drew out a large rock from behind his lectern and proclaimed, “We are told in the Bible that God is a rock… cold, hard and lifeless.” In so doing, he encapsulated the problem with metaphor. They can be incredibly powerful, but they can also disastrously backfire. Metaphors must be handled very carefully. In this psalm we can see the real/perceived concerns of its users in Antiquity that continue to influence our reading of the text even today… END_OF_DOCUMENT_TOKEN_TO_BE_REPLACED 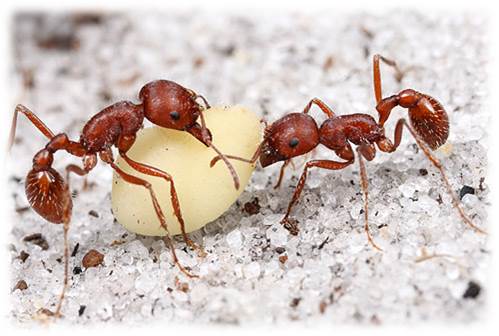 Go to the ant, you lazybones;

consider its ways, and be wise.

This post has been developed and reposted as Ant – Day 11 of 30 Days [Biblically] Wild.

This proverb not only suggests that the ant can be a guide for living, it can also help us uncover the intriguing world of biblical wisdom literature by giving us insights into how these types of text were composed, developed and circulated. END_OF_DOCUMENT_TOKEN_TO_BE_REPLACED