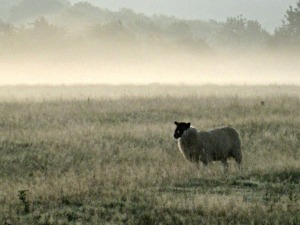 For me, of particular note is Emerson Powery’s videoed paper on ‘The Origins of Whiteness and the Black (Biblical) Imagination: The Bible and the Slave Narrative.’ Those who know me will know that I have a soft spot for ancient peoples – particularly if their names happen to end in an ‘-ite’ – so it’s good to see Paul Davidson’s piece on the ‘Canaanites, Amorites, and Hittites in History and the Bible’. These chaps usually get a terribly bad press (all that immorality, loitering around high places and stuff), so it is nice that they’ve been given a bit of more positive exposure.

After hosting last month’s carnival and discovering what a jewel Bob MacDonald’s blog is, it is great to see his posts on the music of Joel 1 and 2 being mentioned.

Newman students currently doing (or should I say ‘enjoying’?) my Early Christian Lit. module will find Phil Long’s series on aspects of Paul interesting and helpful. The saga of the Gospel of Jesus’ Wife also gets one more (final??) airing.

Jim West’s Avignonian Carnival, promisingly titled ‘September is the most boring month of the year edition‘ is also out.

Don’t worry (you know what a tease Jim is) – his carnival is full of goof stuff: there’s loads and loads of Latin (ok, just one word, but it is used loads and loads of times) and there are also some nice colour pictures of people yawning. This blog gets a couple of mentions so does the intriguing book by Alice Keefe, Woman’s Body and the Social Body in Hosea 1&2.

Kristina Killgrove’s Roman Bioarchaeology Carnival is also out – although, it must be noted, there is not much Roman in it. This might be the reason why she has simply called this edition: This Month at Forbes – Bioarchaeology, forensics, palaeoanthropology, tattoos, and more! It’s a shame as I kind of like all the Xs and Vs and IIIs, so I am hoping that next month we’ll return to her customary nomenclature. I’m particularly excited as it will include LXXV (in that order!!). There is not a huge amount of stuff relating to biblical studies… actually there is nothing. However, there is a nice little piece on pseudoarchaeology.

2 thoughts on “A harvest of carnivals”